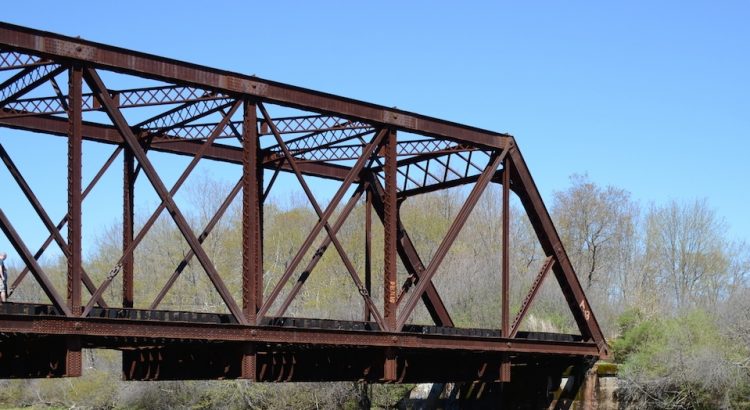 We are approaching a watershed moment, with respect to opportunities for active outdoor recreation in Royal River watershed communities. We have the opportunity for trails connecting Yarmouth to Bradbury, North Yarmouth to Casco Bay, Portland to Pineland, and Auburn to local farms and farmers’ markets. We have the opportunity to connect scores of neighborhoods to forests and wild lands we have conserved in recent years, inviting folks to visit our treasures by foot and by bike, rather than by car.

One of the most beautiful stretches of the Royal is in Auburn, where small rapids inviting fly rods define the Royal’s descent from Sabbathday Lake. That stretch of river has clean water and lush forested shorelines but no public access — the river’s banks are defined by an entirely un-used rail line owned by the State of Maine. In Yarmouth and North Yarmouth that same un-used rail asset — if converted to a trail — would immediately connect existing trails to each other, doubling or tripling the opportunities for exploration, exercise, or respite in those locations alone.

This new trail will fundamentally transform access to the outdoors for people in our communities, providing accessible experiences for folks not ready or able for more primitive trails. Folks with training wheels, folks with baby carriages, folks with wheelchairs, and folks exploring Maine’s wilds for the first time will benefit from easy flat access on the edge of the river, on the edge of the woods. Kids will learn to fish off its bridges, and peer into vast conserved marshes from its gravel base or shoulders.

The Board of Directors of the Royal River Conservation Trust urges strong support of “Trail Until Rail” proposals for both the proposed 17-mile Royal River Greenbelt (Yarmouth to Auburn) and the larger Casco Bay Trail (Portland to Yarmouth). The two trails would put to use existing all-but abandoned rail lines owned by the State of Mane Department of Transportation, known as the Berlin Subdivision of the Saint Lawrence & Atlantic rail line (formerly Grand Trunk). We applaud the work of leaders of the Casco Bay Trail Alliance which laid the groundwork for the proposed regional trail network.

For reasons of climate, flood plains, and habitat, we reject minority proposals for “Trail Parallel To Rail.” A trail corridor parallel to the rail line would have unacceptable environmental impacts, especially within the Royal River watershed. Environmental concerns between Yarmouth and Auburn (especially in New Gloucester’s Intervale) include:

Interested in more information? The Portland To Auburn Rail Corridor Use Advisory Council was created in 2022 to advise MaineDOT and the Legislature. MaineDOT maintains the Council’s website with background documents, draft reports, and more.

Parks and trails that would be connected to the new Royal River Greenbelt: