The Royal River Conservation Trust and the Yarmouth Historical Society are pleased to present this free film series, open and welcoming to all. Join us at the Yarmouth History Center, 118 East Elm St. Yarmouth, on Thursdays evenings through the fall and winter. The film schedule and trailers are all below.

Rafea is a Bedouin woman who lives with her four daughters in one of Jordan’s poorest desert villages on the Iraqi border. She is given a chance to travel to India to attend the Barefoot College, where illiterate grandmothers from around the world are trained in 6 months to be solar engineers. If Rafea succeeds, she will be able to electrify her village, train more engineers, and provide for her daughters. Even when she returns as the first female solar engineer in the country, her real challenge will have just begun. Will she find support for her new venture? Will she be able to inspire the other women in the village to join her and change their lives? And most importantly, will she be able to re-wire the traditional minds of the Bedouin community that stand in her way?

Deep Water is based on the true story of Donald Crowhurst and the 1969 Sunday Times Golden Globe Race round the world alone in a yacht. The film reconstructs Crowhurst’s voyage from his own audio tapes and cine film, interwoven with archive footage and interviews. The Daily Telegraph says “a movie which will reduce the hardest of hearts to a shipwreck.”

More Than Honey is a 2012 Swiss documentary film directed by Markus Imhoof about honeybee colonies in California, Switzerland, China and Austria. Over the past 15 years, numerous colonies of bees have been decimated throughout the world, but the causes of this disaster remain unknown. In the US, the latest estimates suggest that a total of 1.5 million (out of 2.4 million total beehives) have disappeared. across 27 states.  Come learn about the relationship between people and bees.

The Royal River Film Series brought to you by: 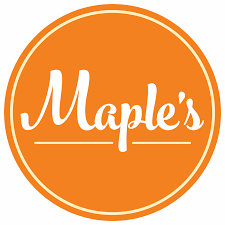