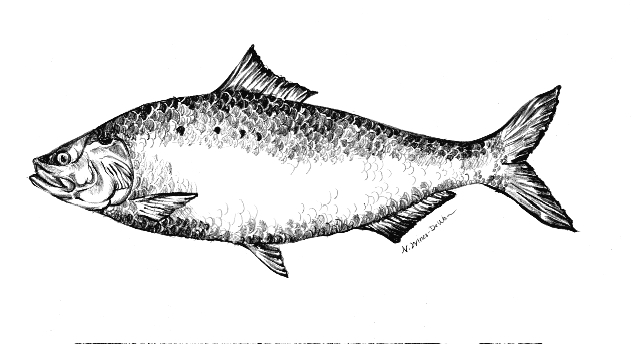 “As an organization dedicated to the protection and restoration of all natural resources in the Royal River watershed, Royal River Conservation Trust stands firmly for the restoration the Royal River to a free-running stream by the removal of both the Bridge Street dam and the East Elm Street dam in Yarmouth, and offers its support to the Town of Yarmouth and others to work thoughtfully but deliberately towards that goal.”  RRCT Board of Directors, unanimously, May 2018.

In January 2021, Yarmouth’s Town Council voted unanimously to study the removal of both obsolete dams! Scroll further below for the precise wording of the Council resolution.

RRCT’s work toward removal of both of the dams owned by the Town of Yarmouth is aligned with the adopted positions of Trout Unlimited (Sebago Chapter), Maine Rivers, and the Earth Stewardship Team of First Parish Church (UCC). This document captures the positions of each of the four organizations.

More recently, RRCT’s work toward dam removal is informed by the citizen-led Royal River Alliance (RRA).  The RRA has a website here, and a Facebook page here. The RRA website increasingly is the go-to source for recent documents, frequently asked questions, and more.

In 2021, RRCT and the RRA created the Royal Restoration Fund: “To fund studies and projects and community engagement efforts supporting the improvement of the health and ecology of the Royal River and its watershed, most particularly the restoration of migratory sea-run fish passage along the river through the removal or modification of Yarmouth’s two dams.” If you are interested in donating this fund, contact RRCT staff, make a note on your check, or use the comment feature directing your donation to this fund as you make a donation on RRCT’s donation page.

Scroll below for many more documents and links to source material regarding water quality and river restoration issues in the watershed, roughly chronological. Please send to us additional documents or links that you think should be published or archived here to assist various students, informal working groups, planners, or researchers. RRCT has saved many miles of shoreline, but we must do more.

The photos above are from the 2016 and 2018 “World Fish Migration Day” celebrations on the Royal, organized every two years and supported by a dozen local organizations to connect people and communities to fisheries and the Royal River.

MORE LINKS AND ALL DOCUMENTS (most recent first):

Maine Department of Marine Resources (DMR) correspondence with the Town of Yarmouth (September 5, 2019).  “DMR would like to clarify that we do not recommend or intend on repairing or fixing the existing fishways in their current state.”

Factory Island back-channel analysis (September 2018):  This short analysis describes and analyzes the “Rolling Stones” project completed in 2012 on the Factory Island Back-Channel. USFWS October 2017 discussion of this channel is referenced within this analysis, and also detailed as one part of a much larger now out-dated USFWS letter (2017).

The State of the River, Session I:  Water Quality/Nitrogen, March 16, 2018. This panel presentation convened by the Royal River Conservation Trust and the Royal River Alliance in March 2018 included four presentations regarding (especially) recent nitrogen testing on the Royal River, Cousins River, the Estuaries, and Casco Bay. Here is a Forecaster article summarizing the event. Here is a video (click through to “public forums”) which recorded most (but not all) of the event. The four powerpoints are provided here. Casco Bay Wide Context, Curtis C. Bohlen, Casco Bay Estuary Partnership. Water Quality 2005 to 2017, Ivy Frignoca, Friends of Casco Bay. Preliminary Estimates of Tributary Nitrogen Load to Casco Bay, Maine: Royal River, Dr. Damian Brady and Whitley Gray, University of Maine. 2016, 2017 Estuarine Water Quality and Modeling in the Royal and Cousins Rivers, Angela Brewer and Robert Mohlar, Division of Environmental Assessment, Bureau of Water Quality, Maine Department of Environmental Protection.

Royal River Fish Passage Studies Summary (January 2018): The consulting firm GZA GeoEnvironmental Inc., worked to summarize in twelve pages in plain English many of the studies that are posted in their entirety on this page, below. This two-page fact sheet is GZA’s summary of GZA’s own summary.

Fishway Assessment and Cost Analysis Report (January 2018): This report by the consulting firm Inter-Fluve is a technical report on alternatives (do nothing, dam removal, fish passage) at Bridge Street and East Elm Street. Importantly, readers of this report should supplement it with the October 2017 USFWS analysis of Middle Falls & Factory Channel posted below.

TNC and DEP sediment analysis at Bridge Street (November 20, 2017): TNC and DEP conclude that the Bridge Street impoundment is relatively clean. See related Press Herald 2016 story, posted below. And here is the November 24, 2017, Portland Press Herald follow-up story. And here is the full source report from Stantec, commissioned by The Nature Conservancy March 16, 2016.

USFWS Analysis Regarding Fish Passage at Middle Falls (October 2017): “With a few days work, Factory Channel could be made an effective fish bypass of Middle Falls.”

Watershed maps — climate change focus areas (2019): These map illustrates areas of the Royal River watershed and Casco Bay that The Nature Conservancy identifies as highly “resilient” for ecology in climate change scenarios.  Priority areas above and below the dams are disconnected, due to the dams.

Watershed map — why so muddy (2016): This map illustrates the extent of “Presumpscot Clay” soils, which give the Royal River its characteristic chocolate brown siltation, a naturally occurring event irrespective of pollution or development.  The upper reaches of the watershed include spring-fed lakes and vast clean aquifers supporting Poland Spring, fish hatcheries, and clear bubbling trout streams.

Casco Bay Estuary Partnership (2016): CBEP has recently published Casco Bay Plan 2016-2021 with specific findings and recommendations following its 2015 State of the Bay report, focusing on a range of watershed, land protection, coastal, and land use issues.

A healthy Gulf of Maine goes with the flow of a restored Royal River. Portland Press Herald, by Arthur Bell (Nov 2016)

Fisheries of the United States (1887, excerpts)