Are you interested in joining RRCT Board? We’re always recruiting. Learn more about RRCT’s board recruiting process.

Alan has served as Executive Director of the Royal River Conservation Trust since November 2011. He previously worked at the Maine Bureau of Parks & Lands and in other roles in state government. He previously served on the boards of Maine Historical Society, Maine Island Trail Association, Northern Forest Canoe Trail, and other organizations. Alan holds degrees from the University of Maine School of Law, the University of Maine, and Brown University. He grew up in Old Town and now lives in Hallowell with his husband Austin Brown.

Please congratulate Carrie as she leaves RRCT after more than four years in June, 2022. A former educator and non-profit administrator, Carrie was hired as RRCT’s first development staff person in February 2018. She lives on Chebeague Island with her young family.

Born in New Hampshire, Chad joined our staff as Stewardship Director in January 2021, following several years working and studying in the southeastern United States. During this time, he has gathered in-depth experience in natural resource management spanning from the Blue Ridge Mountains to the gulf coast of Florida, and briefly worked on forest dynamics research in the Pacific Northwest. Chad holds a Bachelor of Arts in Ecological Forestry from Asheville’s Warren Wilson College and now lives in the Riverton area of Portland with his family and their two dogs.

Adam joined RRCT’s staff as its Conservation Director in February 2021. Adam is originally from Virginia and received a B.S. from Virginia Tech. Adam started his career as a designer building websites and apps. After traveling across the country and hiking the Pacific Crest and Appalachian trails, he attended the University of Wisconsin-Madison earning a Master of Science degree in Environmental Conservation. He has a background in conservation/strategic planning and cares deeply about participatory efforts that cultivate a communal relation and respect for place.

Emily has served on RRCT’s board since 2019, leading adoption of the organization’s new strategic plan, new conservation plan, and expanded staffing. Emily holds degrees from Williams and Harvard. She serves as a Trustee of Merrill Memorial Library. She has worked as an educator in Santiago, Boston, and Yarmouth, and also as a business owner, consultant, and ski instructor. Emily and her husband Spencer live on the Royal River estuary in Yarmouth where they raised four sons. Her love of the outdoors began at a family home abutting vast conserved forestland in Vermont, and continues today as a runner on the West Side Trail and at Bradbury Mountain.

Rob joined RRCT’s board in 2018 with passions for land stewardship and the ecology of Casco Bay. He grew up on Littlejohn Island in Yarmouth, where he lives today with his wife Rebecca and their three children. Rob has degrees from Connecticut College and Maine Law, working as a a consulting attorney for clients including the National State Attorneys General Program and its successor organization, StateAG.org. Rob returned to Maine from Manhattan in 2014.

Jeff is an insurance industry executive, an avid fly fisherman, and enjoys golf and bird hunting. He grew up in Yarmouth where with his wife Anne he raised his family.

Mark Power — Director and Past President

Professionally, Mark brings 30 years of diverse engineering and operational experience. The first 15 years of his career was spent as an engineering officer in the U.S. Merchant Marine.

Mark was born in Maine and spent much of his youth as a farmhand on a Holstein farm in Falmouth. Today he is an avid fly-fisherman, hunter, hiker, boater, and outdoor enthusiast. He enjoys spending time with his four adult children, working on his small organic farm in New Gloucester and recreational lobstering on Casco Bay.

Mark is a former chair of the land management planning committee for the town of New Gloucester and is a longtime RRCT volunteer. He was very involved in fundraising and support of both the Pisgah Hill and Lower Village conservation projects.

Bill Dunn created Sunset Point, LLC, in 2007 to continue part-time consulting in the electric utility industry after a long career. He holds engineering degrees and an MBA. Bill served for nine years on the Board of The Iris Network, providing services to the visually impaired. He is active in the Rotary Club of Yarmouth through which he actively participates in the development and growth of Yarmouth’s West Side Trail. A resident of Yarmouth since 1998, Bill is a passionate outdoorsman.

Ed Gervais founded and owns an engineering firm, Cascon. He has previously served on the Planning Board of the Town of North Yarmouth. He holds degrees from Yale University. He lives in North Yarmouth with his wife Joyce.

Steve is an orthopedic surgeon with a passion for rivers and paddling. Born in Taiwan but with Maine family roots for 300 years, he lives in North Yarmouth with his wife Martha Leggat. Steve has degrees from Princeton and the University of Massachusetts, with work experience including medical service to military personnel and also to the Navajo, Hopi, and Zuni tribes.

Terry has over 40 years of professional experience in landscape architecture and community development. He has written open space and river corridor plans for the Towns of Yarmouth, Brunswick, and Falmouth, including the Royal River Master Plan for Yarmouth. He is a statewide leader on topics including park design, trail design,  interpretive planning, and public art.

He lives next to Pisgah Hill Preserve in New Gloucester with his wife Nancy Wines-DeWan.

Christine was born in Maine with an endless passion for exploring Maine’s outdoors. She has sailed, fished, canoed, kayaked, and hiked throughout the state. She works for Freeport Community Services. Her professional experience includes many years working in marketing and community relations at Hannaford Supermarkets, and more recently an extensive history of community support in development and non-profit management that includes managing development at Good Shepherd Food Bank where her team led the creation of purchase partnerships with 20 Maine farms. Christine is Co-Chair of the Royal River Alliance. She has served on the boards of the Maine Commission for Community Service, Maine Association of Nonprofits and Center for Grieving Children. Christine has a BA degree in English/Philosophy from the University of Southern Maine. She lives in Yarmouth with her partner Tom Cox and their dog, Cara.

David has been a real estate agent based in Yarmouth since 1983. He currently serves as a Trustee of Merrill Memorial Library and is active with Yarmouth Rotary where he once served as President.  With an education in law and a land conservation passion including summers on his island on a lake in New Hampshire, he lives in Yarmouth with his partner of many years Diane Jenkins.

Heather is currently the Director of Marketing at Northeastern University’s Roux Institute, after years of work in Seattle. She spent two years as a public affairs associate at The Trust For Public Land in Boston. Heather spent 10 years as Board President, Board Member and Auction Committee Lead for Girls on the Run. She hold marketing degrees from Emerson College and the University of Michigan. She has enjoyed exploring local preserves with her two kids and husband since she moved to Yarmouth in 2020.

Beth was born and raised in Milo, Maine on a 100-acre family farm.

She is a civil engineer, and former principal owner of CCB Construction Services, Inc., based in Westbrook. Beth’s civic commitments include serving as past Chair of the Town of Yarmouth’s Parks & Lands Committee, as Board Treasurer of AGC Maine, and more.

She has lived in Yarmouth since 2009 and previously North Yarmouth since 1995 with her wife, Tania Jo Sturtevant. Beth championed the campaign to create Yarmouth’s new Riverfront Woods Preserve.

Rob and his wife Gay Peterson built their house in North Yarmouth in 1980. He is retired after a career as a teacher, GED Administrator, and director of Portland Adult Education. A past member of the North Yarmouth Select Board (2007-2013), Rob has also served on various town committees including Budget, Recycling, Communications, and Foreclosure. Rob is a long-time member of RRCT and an avid paddler.

Steve McPike grew up on a 200-acre farm and woodlands on the Canadian border in Washington County. While spending his college years at UConn in Connecticut he began to see the value of open space and the dangers of not protecting it. Recently retired, Steve had a dual career in pharmacy and data technology. He served as directory of pharmacy for Maine and New Hampshire at Blue Cross and Blue Shield. His technology career included health data warehousing for Anthem Blue Cross and Blue Shield and creating a business intelligence department for InterMed in Portland. Steve has served in a variety of volunteer roles including a Gray Library Trustee, Gray Community Endowment Trustee, a Big Brother, and technology project contributor for Portland Trails and Maine Historical Society. His trail work includes founding the Libby Hill Trail system in Gray in 1999 and serving multiple roles for the Friends of Libby Hill. Steve lives in Gray with his wife Doreen and enjoys studying nature, hiking, kayaking, Maine history and gardening. 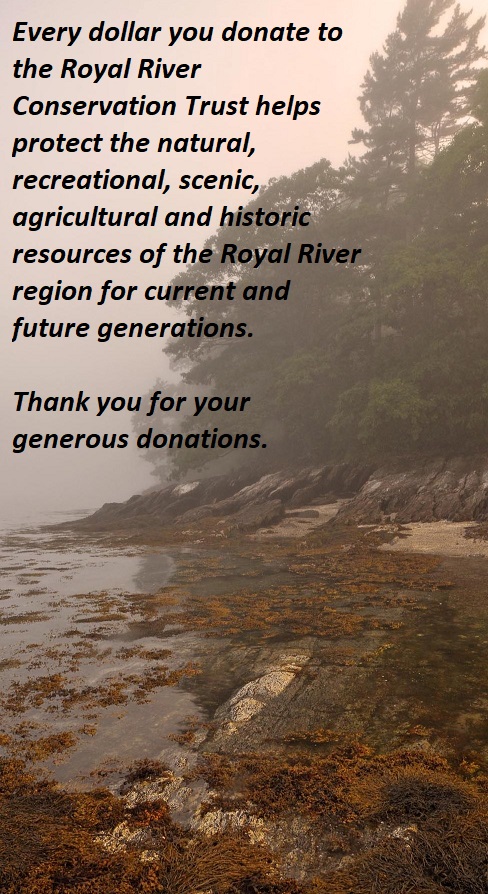